Instinctively, at the core of men, they are ready to die; they are just looking for an excuse to sacrifice their lives. However, the nature of women on the other hand preserves life; they choose life over death and is much more selective on who or what they would die for, as the survival of humanity lays in their hands, possessing the power, the gift of life giving birth. However, there is one person a woman will die for without question, without a second thought and that is their child. The bond between a woman and their child cannot be described in words. In their bond lies the ideal of “Love,” which is again sacrifice.

The thought of having a child is delightful and the act of creating a child is the most pleasurable experience of humankind. However, from the moment of giving birth through the entire span of the child’s life, the parent has momentary joy, but mostly hardship. The cuteness and the fuzzy feelings dissipate quickly during the child’s infancy as it is replaced with countless sleepless nights, feeding, caring, cleaning, worrying, and protecting from harm as the baby is completely helpless without you. Soon, they grow older into their wonderful, rebellious teens as they search for identity by experimenting and pushing their boundaries, gaining strength by challenging the parent’s authority. Meanwhile, you labor, toil, and save so that you can start your child on the right steps into adulthood. They leave your home to start their own family without any gratitude, whom you hardly see except on holidays, or when they are in trouble. Then, most often than not, they complain of how you failed them as parents. There were no real moments of happiness, pleasure, or joy rearing a child, only glimpses of it; mostly it is filled with stress, worry, and anxiety, yet a parent would not think twice to lay down their life to save their child. This is the true nature of love.

I am sure that Wonsul could not even raise his own head and face his father. There were many moments in my life that I did not want to face my father. The consequences of my mistakes, of my wrongdoings were severe; it was a wrath that even if I were to say, it would be hard to believe. There were every reason to run, to hide, to avoid, but I had to face it and accept whatever discipline I received. Imagine Wonsul falling to his knees in front of the King and more importantly his father and then having to hear his father requesting to have his own son beheaded. The despair, the shame, the dishonor, the regret that he lived, and burdening his father to even say such words must have been overwhelming, a price far worse than dying for a Hwarang, to live in shame. Wonsul died in that moment, his soul was crushed and absolutely, he would have wanted to die even if it meant by putting a sword to his neck himself, but as a Hwarang he could not commit suicide, the only redemption was to die in battle.

Then, consider the mother, Lady Jiso, certainly she was listening to every word, to every decree hidden from sight and how relieved she must have been when the King showed mercy and did not take her son’s life. But, that relief was quickly overwhelmed with grief. It’s unfathomable to even consider the level of her suffering, as she had to hold back her words, her emotions, her tears, and obey the decree of her husband. How could she stand by and watch her son be cast out, to be cut off forever? For her, loyalty to her husband was at the center of her heart and she showed her love by making the ultimate sacrifice of her son, forever carrying the pain and suffering of her loss. 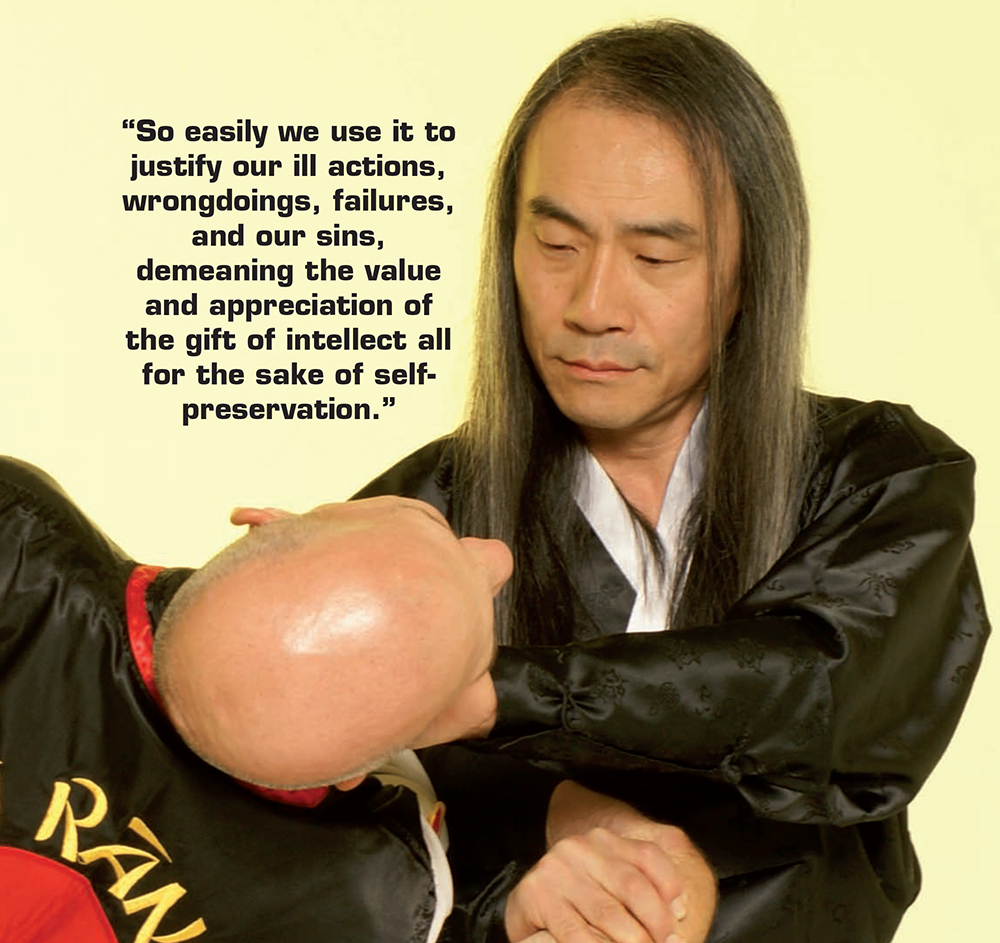 Why didn’t Yushin Kim accept the mercy the King offered to his son and forgive Wonsul by showing gladness and gratitude to the King for his compassion, being relieved that the King did not accept his plea of his own son being beheaded? Why would a father even recommend the death of his own son; why wasn’t he merciful of his own flesh and blood?

In order to understand this we must look deeper into General Yushin Kim’s character. Years past, before King Munmu was crowned as King, although Yushin Kim was not of royal blood, the people wanted the General to be King, as he was most popular by the people for his courage, wisdom, and outstanding leadership, which he consistently demonstrated throughout his entire life. However, Yushin Kim declined, remaining as a general, as he felt he would be of greater service to the Silla Kingdom if he remained in the frontlines to battle and protect Silla against it’s enemies. Instead of enjoying a life of luxury sitting at the thrown far away from the horrors of battle, of bloodshed, and hardships, he chose the harder path; he chose anointment of his hands by blood rather than fragrant oil; he chose suffering over bliss; he chose death over life.

He was not only a true a leader who led by example, but was an outstanding strategist and a fierce warrior, which his deeds were chronicled by countless stories of his incredible bravery and pure acts of selflessness. The “Hwarang Segi” is an ancient text that documented the lives of 200 Hwarang Knights, the majority of which was written about General Yushin Kim. Here is just one small anecdote, illustrating his fortitude and strength of conviction, demonstrating his leadership and his ability to inspire others. He was known to have been gone for many years on the battlefield. Once, as the Silla Army was on an arduous war campaign, bloodied, tired, and hungry, they passed in front of the General’s home. His wife, family members and all of his servants lined up outside the house gates waiting to receive the great General, hoping he would take a night of rest at his own home. General Kim stopped in front of his wife without breaking formation or dismounting his horse and said to the servant, “Bring me a bowl of water from our well.”

The servant rushed and retrieved a bowl of water and handed it to the General. The General drank from the bowl and said, “Ah… It tastes as I remembered it.” Without even looking at his wife, without one word of greetings, he gave the command for the army to march on.

At the center of Yushin Kim’s heart was not only the King, but the Kingship, the law, better yet the “unwritten law” that binds everything and holds it in place, the sense of justice and truth that is not written in a finite worldly text but embedded in the hearts of all human beings written on the garments of our eternal soul, placed there by God. The law had to apply to everyone, even if it meant killing his own son. Because of his position he could not look for excuses, or exemptions. If Yushin Kim were king, he would have without a doubt beheaded his son with his own hands. However, since he was not King he had to obey the King’s mandate and could not take his own son’s life. Therefore, he took justice that was within his power, he disowned Wonsul as his son and banished him forever.

Wonsul had lost everything that he held dear, he lost what was at the center of his heart, the love of his family. In that moment, for him, God, Kingdom, King, none of it truly mattered; they were just ideas, traditions, culture. The only thing that really mattered was the respect, recognition and love from his parents, especially his father, Yushin Kim. He would have rather died than to have been rejected by his own father. In utter despair, he went into seclusion not to be seen or heard by anyone. He had no reason or purpose to live; he was waiting to die.

This was a defining moment for Wonsul: He had a choice; to abandon all who he was and what he lived for, adopting a new way of life with new goals and values; or to remain loyal to who he was, a Hwarang. He realized that no matter where he went, no matter what he did, that ultimately, he could not run from himself and unless he found resolution, he would forever be in turmoil. For most, the initial reaction would have been anger and blame the parents for disowning him for something he didn’t even do. It wasn’t him who did not charge into battle out of cowardice, but it was because of Tamnung. Maybe, this is what he was thinking when he tried to come back after the passing of his father to plea to his mother, hoping she would be more compassionate and understanding than the father. It must have been a great shock, when Lady Jiso did not take him back.

It did not matter that he was prevented from dying in battle, robbing him of a noble death, by Tamnung or for that matter anybody else or for any other reason. The fact remains that the decisions in his life ultimately belongs to him and only he can be held accountable, thus he must bare and suffer the consequences no matter how grave they might be. The human intellect is a gift to be used to search for meaning and Truth, becoming closer to God. However, so often, so easily we use it to justify our ill actions, wrongdoings, failures, and our sins, demeaning the value and appreciation of the gift of intellect all for the sake of self-preservation. Once again, the choice to elevate or devalue even the greatest of powers, gifts, and wonders lies within our hands, our own choices.

In addition, when a person is punished and suffers for a wrongful, sinful act it is justice and to be expected. However, to suffer for something one did not do is what makes it most noble and is the highest form of sacrifice. A serial killer or a terrorist who took the lives of many innocent people put to death is just, but an innocent man accused of a crime he did not commit and was put to death is truly unjust. Then, imagine this innocent man dying voluntarily for some one else’s wrongdoing in order to protect and save another person. It’s inconceivable! Yet, this would be the ultimate and the truest form of sacrifice… 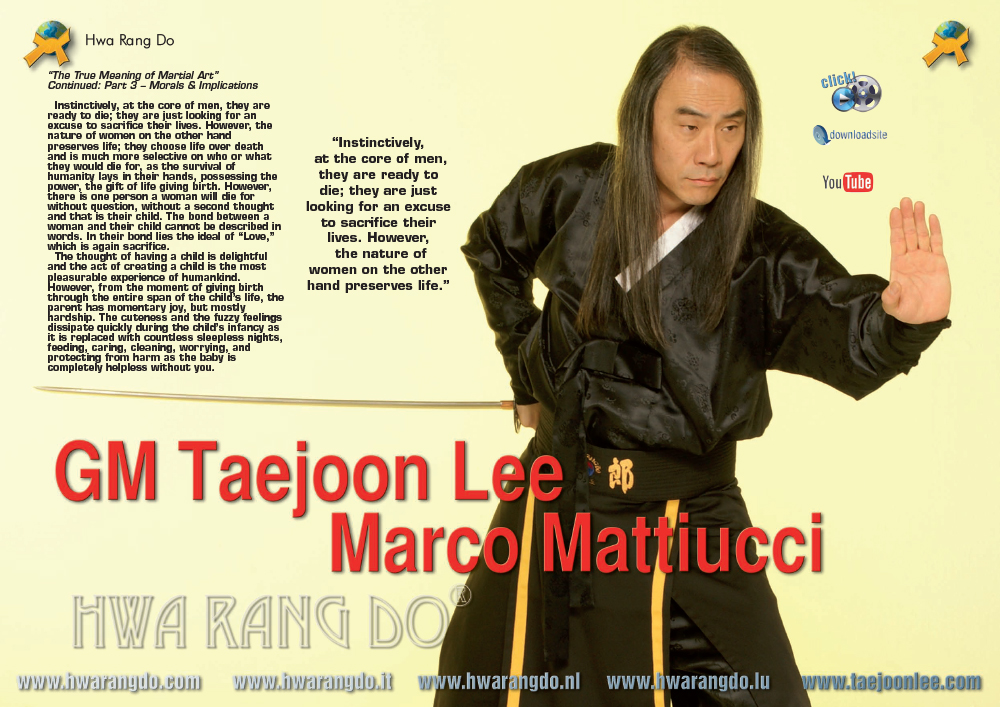 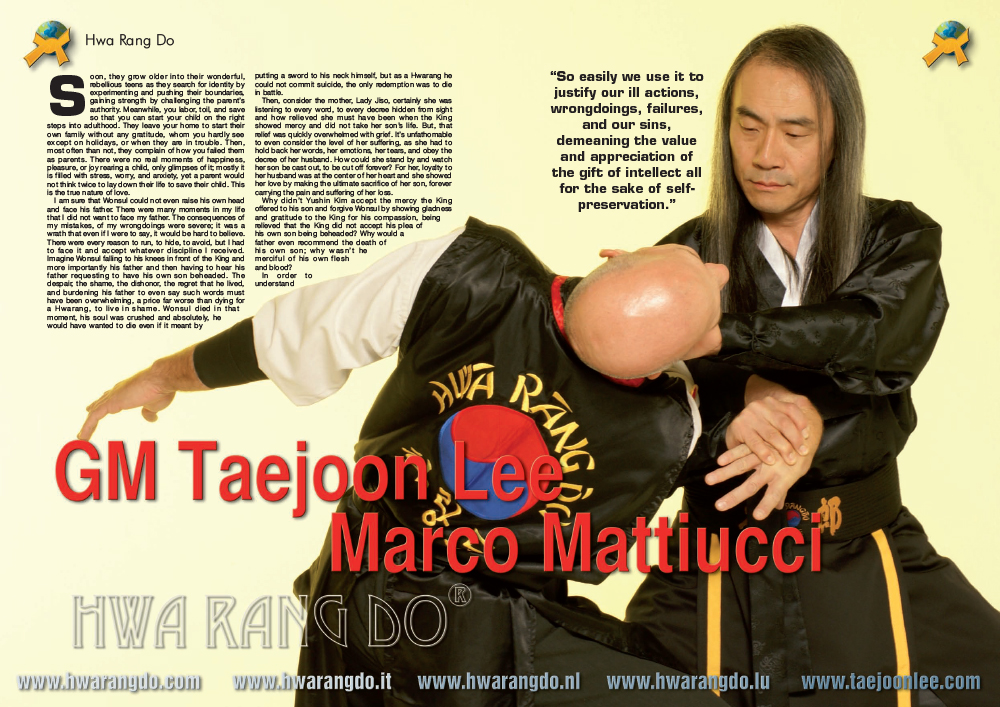 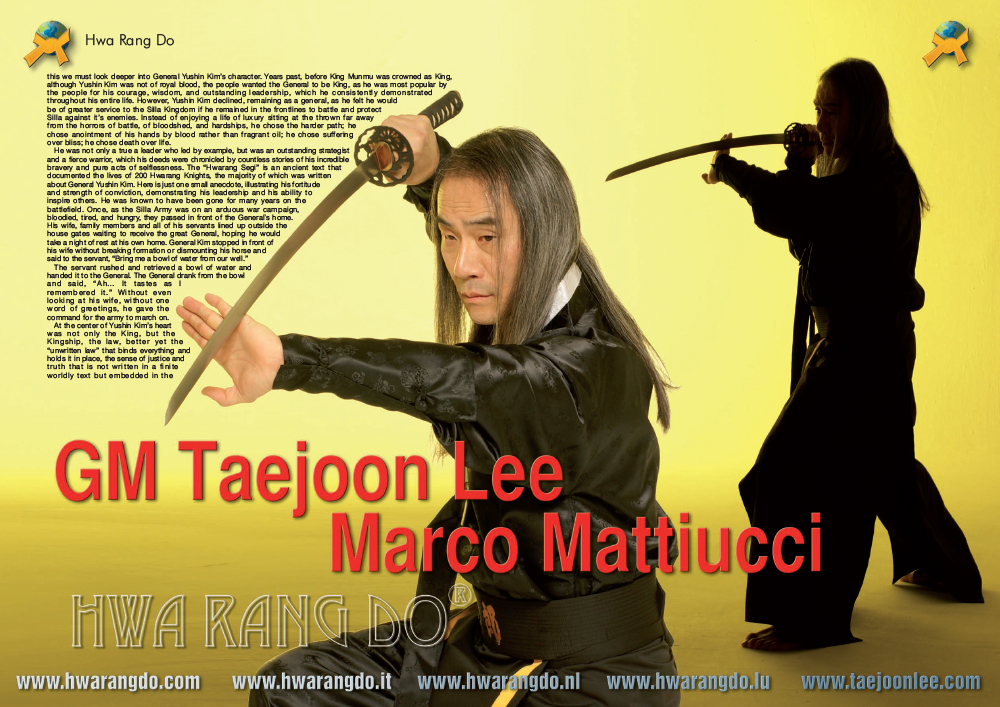 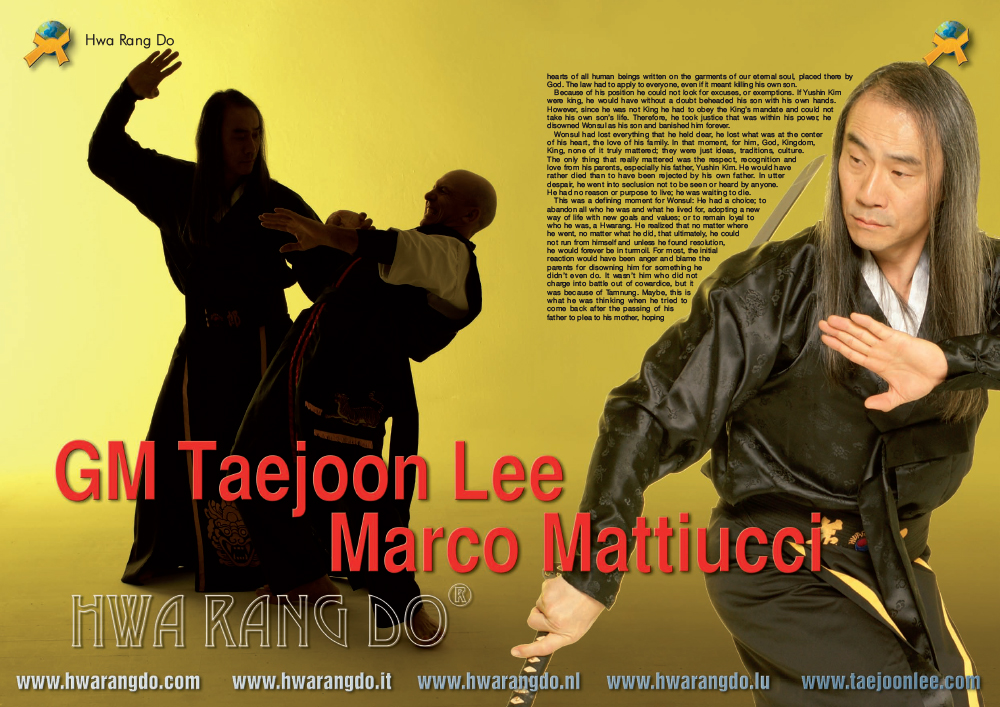 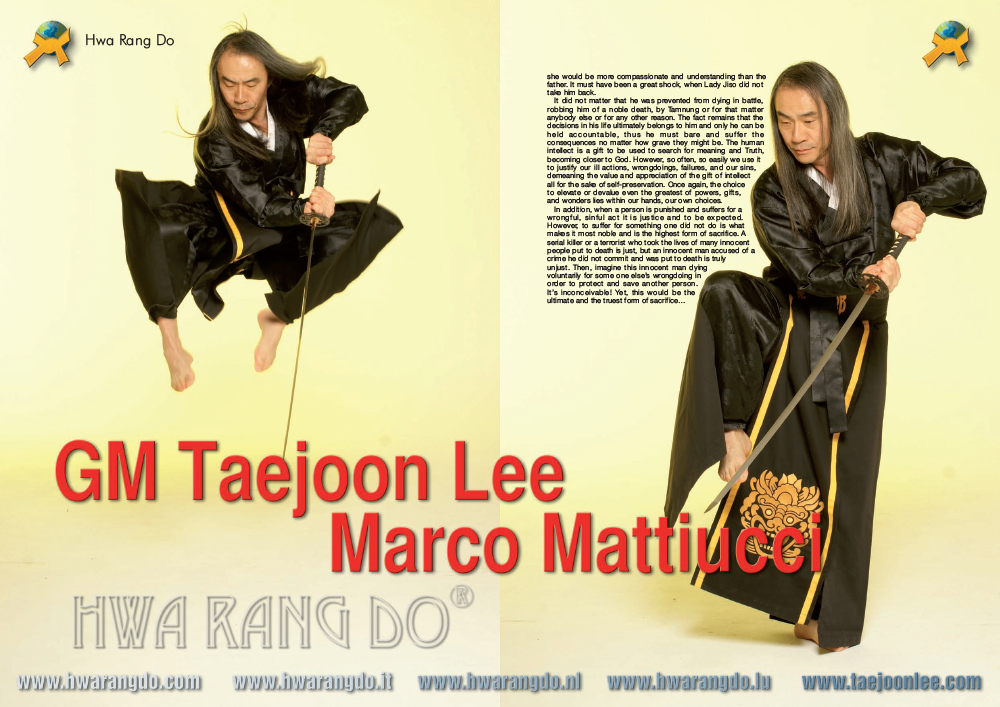