God, I am not worthy! 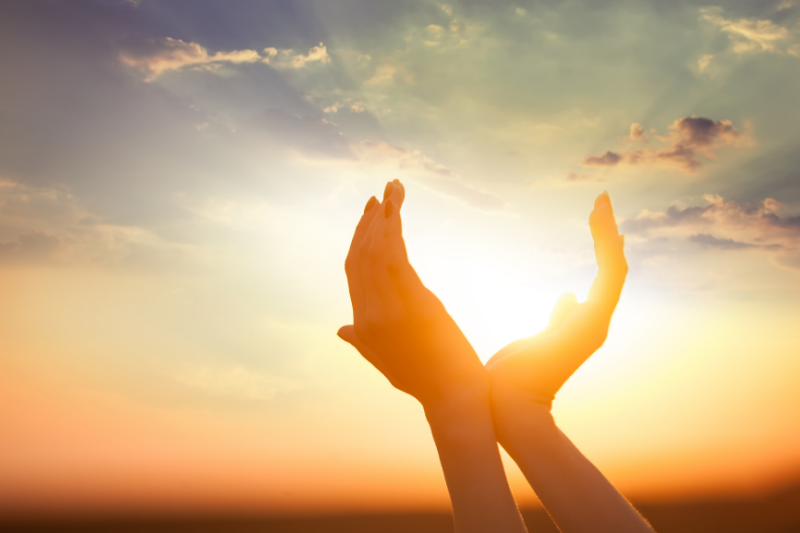 In the recent days, I have been confronted with the realities of existence and once again forced me to look critically into the meaning of life and death. It has been resting heavily on my heart and for the last week there has been something weighing me down, slowly as I step, wearily as I work through the day, somberly as I ponder looking into the gray sky; why, why them and not me?

As I finished teaching my class last Monday, I checked my phone as I always do to see if there are any texts from my absent students, any word from my family in the States, and Lord behold, I was floored to read a text from my sister that one of my students whom I have taught since he was 5 or 6 passed away at a young age of 39. Kris Camacho and his father both trained under myself and my father for many years. I have lost touch with them for several years but reconnected last year before I moved to Luxembourg and have remained in contact, following each other on social media.

It is said that the first impression is always the last. Although Kris was in his late 30’s all I can see was the cute vibrant young boy who was always excited and curious to be around me. He followed everything I did and literally followed me around everywhere I went, and he was such a joy to have around. He was so full of life, so happy, so filled with joy all the time. Even when he had to take several breaks during the day to take his insulin shots, having been diagnosed with diabetes since birth. Every time he would take out his insulin kit, pinched himself on the side and gave himself a shot, he did it with a smile, as though it was nothing more than taking a vitamin pill. However, whenever I saw him do that, it was hard to bare as I cringed inside with the reality of his situation, realizing that having sympathy for him and feeling sorry does him no good, yet I could not help to ask God, why?

He was exceptionally talented physically and for a young boy he had some of the best kicks I had ever seen. He excelled also in wrestling and surfing. He loved all of it and loved life. He admired me as a Hwa Rang Do master and emulated me, but I also admired and envied him as I surfed and wished I could be as good as he came to be. He became a legend in Huntington Beach and was loved by all his peers and elders alike. As I read the text, a flood of emotions overcame me and it dropped me to my knees in prayer with tears at the corner of the gym, asking God to care for him, not knowing whether he had accepted Christ as Savior. I tried to compose myself by wiping the tears aways from my face as two trial students approached me. I apologized for my appearance and asked them how they enjoyed the class. It was a couple and the woman replied, “It was awesome! I loved it.” I continued to explain about the class and how well they did, all the meanwhile thinking of Kris.

That night, I was so filled with remorse, I couldn’t keep from crying. Why, I asked? Why am I so sad? Then, next morning I was reading the Gospel by Matthew and came across the verses 18:1 through 6.

1 At that time the disciples came to Jesus and asked, “Who, then, is the greatest in the kingdom of heaven?” 2 He called a little child to him, and placed the child among them. 3 And he said: “Truly I tell you, unless you change and become like little children, you will never enter the kingdom of heaven. 4 Therefore, whoever takes the lowly position of this child is the greatest in the kingdom of heaven. 5 And whoever welcomes one such child in my name welcomes me. 6 “If anyone causes one of these little ones—those who believe in me—to stumble, it would be better for them to have a large millstone hung around their neck and to be drowned in the depths of the sea.

Then I realized that Kris was the first of my pupil whom have passed who was for me a child and it also reminded me the loss of my own child, and my greatest sin. I would have gladly taken Kris’ place and wished that God would have taken me instead. And, once again I was flooded with uncontrollable tears as I prayed for forgiveness as I have done countless times and each time I have felt the mercy and comfort of God, but the pain never goes away.

Later that day I came across a youtube video and saw a man who I was following on youtube, Nabeel Qureshi. He was a devout Muslim apologist from a strong Muslim family who converted to Christianity during his Med School years after many years of research and debate. Consequently, he lost his entire family to walk in the steps of Christ. Through the youtube video I discovered that he had died from stomach cancer at a youthful age of only 34. He did so much, travelled all over the world speaking, debating, lecturing to save just one more, working with Ravi Zacharias International Ministries, all the while writing books and fighting his cancer, fighting to live. Then, I saw a vlog by him in his last days on his deathbed, laying in his hospital bed with most of his hair gone and you can see the pain in his face, having barely any strength to even speak, holding his tears back he continued to speak of his faith in Christ and that there’s not one regret in his life, asking for everyone’s prayers, but that he’s embraced whatever is God’s will. The thing that most impressed me was that he announced the release of his latest book, but more importantly that he’s working on his next book. He was working for the “Lord” even in his deathbed.

Then, just today, upon my sister and my mother attending Kris’s funeral service, they sent me a copy of his eulogy from which I discovered that Kris had given his life to Christ.

It is strange for me yet it was the perfect timing as it is God’s will that I got to meet with Kris only a few months before I moved to Luxembourg. I was going through struggles of my own, contemplating leaving everything behind to move to a foreign land I barely knew to start fresh at the ripe youthful age of 52, right. Then, one day my sister told me that Kris took care of her and her friends at a nightclub he was promoting. You see Kris was one of the most successful nightclub promoters in Orange County. He never touched a drop of alcohol, never did drugs as he struggled each and every day to live, and was the most friendly person you could ever meet. He was the best host, an ambassador for OC.

I had lunch with him and thanked him for his hospitality and generosity. It was great to see him again and he was exactly the same as I remembered him when he was a child, so spirited, so joyful, and excited to see me. He brought joy back into my life and I felt youthful again, talking about surfing, skateboarding and the good ol’ days. He never lost that sense of wonderment and excitement for life as a child, he was what Christ was speaking of. Now, after his passing I realized why God brought him back into my life and I am truly humbled and grateful to have known him. My only regret is that I could not have been there for him. I am sorry Kris, please forgive me.

I didn’t feel deserving to be living, for surely Kris and Nabeel are far more worthy to carry the cross than I. However, I also realized that only God can know all and that we only know in part. So, with great humility I continue living, inspired by the lives of these two great men who have sacrificed much yet taken too soon from the world as we miss them, yet serving a greater God’s Purpose. I am truly humbled and inspired by your lives to do more, to be more, to always strive and never complain no matter how bad or desperate my situation may be.

I thank God for giving me a chance to reflect once more on the value of life and for the lesson to not waste a moment of this great gift. Also for the chance to have known and be influenced, inspired by these great men.

May you rest in peace in God’s grace and loving care, and hope that I may see you in Heaven if I am worthy.

With love and humility,